The weather remains the first factor to take into account before any trip to the sea. A sustained wind makes navigation complicated and fishing may be technically more difficult. It is often under these conditions that fish are most active. By adapting it is quite possible to go out while remaining safe.

However, still, sometimes gloomy weather for a novice angler can turn out to be an asset and create more favorable conditions for stalking fearful fish.

Whatever it is, no fisherman deserves to put himself in danger. Going to sea is one thing, but getting back to land safely is the main thing.

When consulting the weather forecast, take into account the fishing environment. A strong wind will have a different impact on the state of the sea whether you are sheltered from the harbor.

The exposure of your fishing spot to the wind should be taken into consideration. From the edge under a leeward cliff, in an archipelago or a harbor, you will be safe for sure.

The force of the wind is one of the parameters, but the direction is just as important.

This is also a parameter to be taken into account in particular for the passage of certain sectors. When the wind is against the current, the sea will tend to rise, especially when the tide is strongest.

Conversely, when the wind and the currents are found in the same direction, the sea will tend to calm down. This is why you should avoid sailing in areas of strong current when the 2 elements are opposed.

What about fishing in all of this?

Theoretically, your boat will drift according to the resultant of the wind and the current. But you will most likely encounter conditions where the wind is right opposite the current and strong enough to pull you upstream. This situation is particularly restrictive for deep vertical fishing as you can practice on wrecks.

To adapt, you should practice this technique when you are sure to have the wind in the direction of the current. You can choose either the rising tide or the falling tide in order to have wind and current in the same direction. By having the 2 elements in the same direction, the sea conditions will be better.

When it is not possible to have the elements in the same direction, you can go for casting fishing trying as much as possible to fish across with the current. Keep in mind that it is more natural to bring the current down to the lure rather than up it full speed.

Offshore wind will tend to smooth the sea when an onshore wind will make it more choppy. In places exposed to strong currents, favor times when the wind and the currents are in the same direction.

For vertical fishing, choose the tide moment when the wind and the currents are in the same direction. Keep in mind that your lure must have the most natural presentation possible, despite the drift of your boat, especially when it goes up the current pushed by a strong wind.

The key factors of marine weather

At sea when it comes to weather conditions for fishing, several factors come into play. Among them, we can mention the wind, the temperature and the tide.

Winds will appear more frequently in certain areas where they will be more sustained. Sometimes wrongly considered perhaps as a nuisance by some fishermen, the wind modifies when it rises or blows for several days, the existing environmental conditions.

It then interacts on:

By reciprocity, it therefore influences the activity of fish.

Depending on which direction they blow, winds carry air over our bodies of water. Be careful whether you are at sea or in a lagoon, the volume of water must be taken into account. The drop or rise in temperature will not be the same depending on the volume or depth of the body of water by the inertia effect.

In a volume of water, the hottest water layer is always at the top. If under the action of the wind the upper layer cools rapidly beyond a threshold given by the temperature of the coldest layer. It will dive and cause the mixing of the different water layers and also a harmonization of the temperature between them.

Brightness in the water:

Brightness is an essential factor in triggering the feeding activity of fish. Many species, not just fish, are most active in moderate to low light. This explains the obviousness of morning and evening strokes in fishing practice.

In fact, any weather phenomenon that influences the reduction in lighting can improve fishing conditions, even in the middle of the day.

The most favorable periods are often in the middle of the morning and afternoon in the fall. In the summer, morning and late afternoon are favorable.

If you take a closer look underwater, these conditions correspond to about the same light intensity. In calm weather, it is the degree of inclination of the solar rays and therefore their rate of penetration into the water that stimulates activity.

By modifying the inclination of the surface by the waves it creates, the wind blocks part of the light rays and weakens the luminosity underwater. It is often observed that in gray or windy weather, the phases of activity seem much less linked to schedules. It is good that in these cases the lighting becomes more favorable.

Another important point, the clarity of the water and the depth. These two parameters have a huge influence on the brightness in the water. In cloudy or deep water, fish are more active in bright sunlight than in clear or shallow water.

As we have seen previously, the mixing of the water layers with the surface allows an additional supply of oxygen. For fishing, these results increase the breathing of fish and activity.

Another not insignificant contribution, food in water:

By causing an energetic stirring of the submerged part of the beaches, the wind extracts from the sand all kinds of food that were buried. These are the conditions often sought after by surf-casting fishermen in the fall that cause the fish to come closer to the coast to come and eat.

So which wind is good for fishing?

The wind is not the enemy of the fisherman: in fact, it acts in a good way on the behavior of fish.

The temperature has a primary effect on fishing. Temperature variations are seasonal and mark the life of fish in their behavior, for sedentary fish a low temperature will plunge them into lethargy while for migrants it will announce the moment of great departure.

But why do the fish go out to sea when the water turns cold?

From spring with the warming of temperatures, the water heats up near the coast, the fish come back because the heat is essential for their growth. With this renewed light, the phytoplankton grows faster, allowing zooplankton to grow and create the food cycle necessary for the development of fish.

Under the influence of the attraction of the moon combined with that of the sun, the oceans and seas of the planet are deformed and modify their water level around amphidromic points.

The tiny Mediterranean sea among the oceans of the earth is naturally connected to the Atlantic. It acts like the neck of a bottle and greatly reduces the pressure by easing the tide in this closed sea.

There is no question with us of running behind the sea to bathe, in the Mediterranean the tides reach a maximum of 60cm of tidal range, nothing to do with the Atlantic. The tide changes every 6 hours, which in fact corresponds with the current changes. 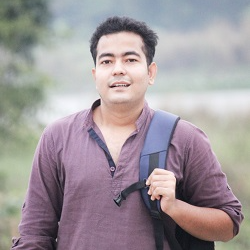 Sabbir is a journalist, editor, communicator, blogger, web community manager, explorer… He enjoys learning, meeting people and having the privilege of sharing his knowledge and discoveries. He is a fan of hunting, fishing, riding and exercising. Read More about him.