Trail camera is an ideal device to capture wildlife and track games. Unfortunately, even the most inaccessible places in the woods can be the destination of a continuous human pilgrimage.

Furthermore, wild animals tend to prefer beaten paths and former mule tracks to facilitate their movements, so it is normal to place camera traps in open places or on paths.

Have you invested in a surveillance camera but worried that it will be too visible? Trail camera theft is unfortunately no longer uncommon. Thewildtrend.com has compiled the most important options for you to secure your wildlife cameras effectively.

Tips to secure your trail camera

First of all, keep the trail camera from seeing animals and minimize the human impact to avoid being stolen by malicious people. Of course, each hunting camera you have chosen must be camouflaged in color and we certainly recommend to use padlocks, steel cables and any metal boxes to protect them.

But this is not enough. Some small measures must be used to prevent theft.

1. Secured with a cable lock

Cable locks like Python are generally used to secure wildlife cameras. The great advantage of the lock is the individually adjustable length. Between 30 and 180 cm, the Python cable lock can be clicked into place at any point, similar to a cable tie. This means that you can even secure more than one trail camera to a tree with one cable lock.

Another advantage is the eyelets, which are found on the back of the housing of all well-known hunting cameras. They can be used with a maximum cable diameter.

Trail cameras can be well secured against theft with Python cable locks, especially in the forest. Because the villains usually strike spontaneously and usually do not carry any heavy equipment with them. However, it provides only limited protection against vandalism. A metal housing is the best solution here.

2. Secured by a metal housing

For the most common trail cameras, you can find in the market custom-made steel housings in camouflage on Amazon or other online shopping sites. This makes particular sense if it is a higher-quality photo trap. In the case of photo traps of trail cameras, you have to consider whether you really want to invest.

With a metal housing, the camera is not completely protected against vandalism but you make the theft of the camera more difficult. In addition, at least the SD card with the photos of the culprit is usually retained. The steel case itself is secured with a solid padlock at the bottom or on the side.

Tip: be sure to paint the padlock with a spray can matt black or green. Because the mostly brass-colored padlocks look like a foreign body in the forest. If the trail camera is secured with a cable lock or a metal housing and then stolen, it is a “particularly serious case of theft”.

With almost all trail cameras known to us, you can enter a freely selectable four-digit security code, similar to a PIN, via the menu. This means that as soon as the thief wants to enter the setup menu of the device, he must first enter the PIN and it makes him puzzle to this wrong practice.

Disadvantage: Even the rightful owner of the camera must first enter the PIN before entering the menu. The navigation keys do this much more slowly than you might be used to from your cell phone. And even if you have secured the camera with a PIN – it is usually gone anyway.

4. Marking of the trail camera

Make a mark on the outside, e.g. around the lens. Then you can identify your camera even if it is already in use again by the new “owner” but has been secured with a lock or metal housing.

An MMS or GPRS game camera secures itself. Because the moment a vandal discovers the camera, his photo has already landed in the mailbox of the owner. If the mobile phone camera was used to protect property, ideally you can even send the police to the scene even if it is hundreds of kilometers away.

This also works if the camera is guarding the holiday home abroad.

Unfortunately, reliable MMS / GPRS wildlife cameras are expensive. A solidly functioning mobile network camera can hardly be bought for less than $300. If this trail camera is stolen, it is therefore extremely annoying.

However, if you don’t necessarily need the option of sending images immediately, you can get two regular trail cameras for the same money, which can then secure each other.

We have reviewed some of the best trail camera under $200 with reliable MMS/GPRS features.

Having two or more wildlife cameras in use at the same time has many advantages.

In the wild, you don’t necessarily have to expect the camera to be discovered and then stolen. Here you can position the photo trap where the best shots can be expected and you don’t have to worry about camouflage or security.

However, with property protection, there is a fundamental risk that a villain will discover the camera and then have to steal the unpleasant evidence. Therefore, you should give particular thought to the positioning of the trail camera.

Avoid eye level: If you do not want to capture animals, but people unnoticed, you should absolutely avoid mounting the photo trap at eye level. It is better to position it near the ground, or even better use a bird’s eye view. In this case, it is however essential to take test photos to ensure that you can recognize the face of a person who has been recorded.

If the trail camera is to be used as a surveillance camera, you should avoid positioning it at eye level if possible: you can simply place the camera on the post at the bottom left next to the pergola.

Looking for unexpected positions: Traditionally, trail cameras are attached to the trunk of a tree at a height of about 1.50 m. Anyone looking for a wildlife camera will look for it right here. Therefore, branch forks or strong side branches are possibly much better suited to position a game camera. Branch forks also have the advantage that the game camera cannot be seen from the side.

Human beings are inherently lazy creatures and each time they will take the path of least resistance rather than the hardest one. Use this trend to your advantage when hiding a trail camera. Wild animals also tend to think this way, so they very often use the same paths.

Any puddles and streams crossing areas are very interesting positions for positioning a camera, but they are very often areas of passage for people too, so evaluate them carefully.

9. Use a camera without glare and flash

Surely to reduce both theft and any damage caused to wildlife, we recommend you avoid devices with flash or with visible LEDs. Let us remember that we are guests in the woods and we must, as guests, respect the true masters: wild animals and nature.

Also ask yourself this question: if you are committing an illegal act and you noticed that a car with a flare or flash probably took a picture, how likely would you leave it in the woods?

We would say that most likely the attacker would steal it or take it away or, worse, destroy it. Low-light or red camera lights indicate their positions and are a major drawback.

How to set up your camera trap properly?

When setting up your camera trap, it is essential to follow these tips:

How to disguise a trail camera?

Almost all the trail cameras on the market have external packaging made with camouflage colors to blend them with the surrounding environment.

However, you can use the foliage or material you find in the woods to improve camouflage or even to cover any reflections from the sun, which are still detrimental to the quality of the footage. With a little ingenuity, you can reduce its visibility, without blocking the camera lens or the detection sensor.

The field of view and the detection zone are both triangular-shaped areas leading from the camera to the left and right. Even partial blocking of one of these areas can result in repeated blurry images and blank frames.

We don’t want to trigger the camera mechanism when no targets are present, so keep the additional camouflage and any branches or leaves away from these two critical areas.

We must remember that natural camouflage has the unfortunate tendency to die when removed from a plant. The green leaves will soon turn brown, so you have to pay attention to this too.

How is a natural box for trail camera built?

Sometimes an old rotten stump of a tree might be enough as a natural box to hold the camera trap. This method takes some work, but the reward can be a truly invisible position for your device. Or put it inside an artificial bird nest. They are the perfect place for a camera because most people will assume it is empty or may contain a breeding bird.

Where is the best place to install a hunting camera?

To set up your trail camera, it is important to know what you actually want; to take a photo or video. It is essential to identify clearly where to install your camera for taking pictures of animals. If you want to set up a camera trap in the forest, the ideal will be to place the device in a passageway.

In a forest environment, we recommend installing the camera near the following places in order to get the best shots:

You have to be patient to find the right place and get results. It sometimes happens that you place your camera in a strategic place and do not have any results. It is very frustrating. In this situation, you should ideally leave the camera long enough in the same place and not move and pick it up every day.

Knowing how to hide a trail camera means learning to think like animals or like an attacker. Walk around the property and explore the places where animal trails are, avoid areas that can be visited by humans and hide the camera trap as much as possible. With this little care and effort, you can beat any enemy.

Keep in mind: when aligning, you should be careful not to aim the camera on sunny surfaces. Backlighting can cause annoying glare spots to be seen in the images. So never point your camera towards the south to avoid this phenomenon. Avoid shrubs, branches, or foliage in front of the camera lens, as these can lead to false alarms.

Thank you so much for reading and happy camera trapping! 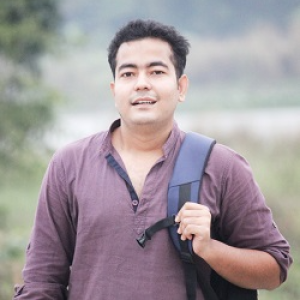 We spend tons of hours selecting the best products available in each category by researching the internet, talking to experts & real consumers, and using our own experiences.